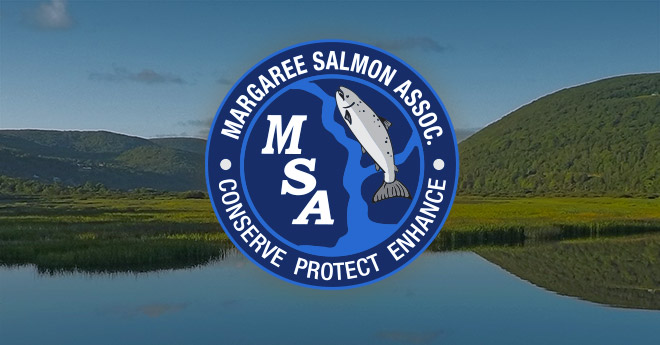 In 2010, the Committee on the Status of Endangered Wildlife in Canada (COSEWIC) listed the Eastern Cape Breton Atlantic Salmon as endangered. Today, almost eleven years later, the Department of Fisheries and Oceans (DFO) are considering whether or not to have this fish listed on Schedule 1 of the Species At Risk Act (SARA). DFO has acknowledged that the data used in your 2010 decision was skewed. It included the Grand River as an index river and DFO no longer uses the Grand as an index river. In addition, since 2010, the provincial Department of Inland Fisheries and Aquaculture (DIFA) have begun a very successful salmon stocking program on the Baddeck and Middle Rivers. There are at least 5 rivers in Eastern Cape Breton with healthy salmon populations (North Asby, North, Baddeck, Middle and Inhabitants Rivers). The source of these rivers is the mountains and highlands of Cape Breton. These rivers are in Northern and Central Cape Breton and should not be included as Eastern Cape Breton rivers. These rivers are very popular for angling. All salmon angling is catch and release, and has no significant impact on the salmon stocks.

We are also concerned with the listing of Southern Gulf Striped Bass as a special concern. Since your evaluation in 2012, the population has increased to the extent that DFO now supports a commercial fishery to reduce their numbers.

We are sending this correspondence to ask you to revisit your decisions of 2010 and 2012 using accurate and uptodate data. We enjoy the volunteer work we do with both DFO and DIFA and are willing to assist in any way.

For your information, I have included the consultation brochure from 2014 as well as the undated letters we and other organizations have just received from Julie Stewart, DFO Director, Species at Risk. You will note it is rather time sensitive.

Please refer to the two letters from the Department of Fisheries and Oceans (DFO), see button links at bottom of this article, and the link to the DFO brochure from 2014.

DFO and the Department of Environment (DOE) are moving forward with classifying the Eastern Cape Breton Atlantic Salmon as an endangered species under schedule 1 of the Species at Risk Act (SARA).

This will end catch and release Atlantic Salmon angling in Eastern Cape Breton (please see map on brochure). It could also result in prohibiting all angling in any water frequented by Atlantic Salmon which according to brochure includes 46 rivers and streams.

There will no longer be a catch and release Atlantic Salmon season for the North, Baddeck, Middle, etc. The additional pressure on Margaree river salmon stocks will be significant.

The Margaree Salmon Association (MSA) exists to protect and conserve salmon and trout populations. In this instance, we feel the data and information being used in making this decision is dated, (2010), and flawed, (using Grand River as the Index River). The North, Baddeck and Middle Rivers meet or almost meet DFO escapement targets and have for a number of years.

We will work with the Atlantic Salmon Federation, Nova Scotia Salmon Association and others to have our opinions heard and considered. The deadline to reply to DFO is Jan 15, 2021. We will act on your behalf, but feel free to let take action on your own behalf as well.

SARA contains prohibitions against the killing, harming, harassing, capturing, taking, possessing, collecting, buying, selling or trading of individuals of endangered, threatened and extirpated species listed in Schedule 1 of the Act. The Act also contains a prohibition against the damage or destruction of their residences (e.g. nest or den).

32. (1) No person shall kill, harm, harass, capture or take an individual of a wildlife species that is listed as an extirpated species, an endangered species or a threatened species.